This year has been quite a warm and scorching summer(March-May) especially down South of India. Even Bangalore, which enjoys mild summers traditionally, has seen spikes upwards of 40 degree Celsius.
So, I decided to put together a quilled art work in dedication of the Sun god 🙂
I have put together instructables for this at http://www.instructables.com/id/TRIBUTE-TO-SUN-GOD-FOR-a-GLORIOUS-SUMMER/

In Hindu mythology, Surya aka the sun god, represents the visible form of the divine, one that you can plainly see every day. Depicted as a red man with bright eyes and four arms, the deity is believed to heal the sick and to bring good fortune. The Sun thus represents the soul, vitality, courage, willpower, authority, royalty and so on. He is often associated with reds, coppers and metallic colors.
Agriculture has been the primary means of occupation and livelihood of the Madhubani community in Bihar. They worship the sun for a good harvest and they have created several pieces of art themed around the Sun god.
Inspired by the Madhubani paintings (Mithila painting – https://en.wikipedia.org/wiki/Mithila_Art), that is characterized by eye-catching geometric patterns and bright colors, I have attempted to recreate the essence of Madhubani paintings in the form of a quilled Sun god. Painted at the center of the canvas to denote that the Sun is the center of the universe; the big bulging eyes signify the divine and ever-vigilant nature of the sun. 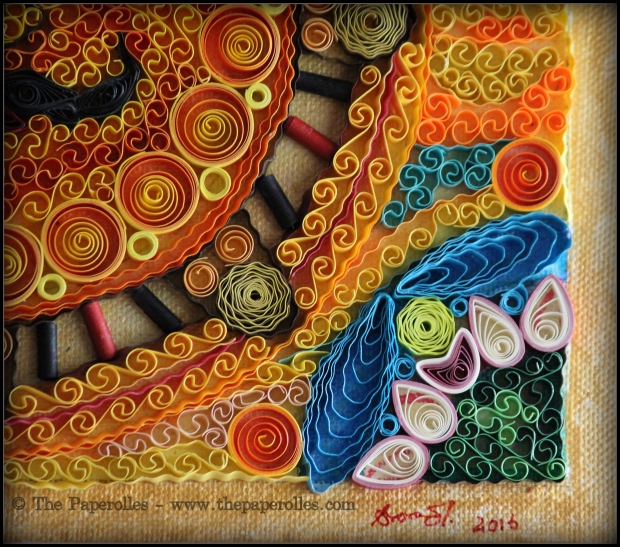 Submitting this Quilled Sun God, the embodiment of summer as my entry for

Update as on 12th Jun: I am very glad to share the news that my Madhubani quilled sun-god won the first prize in the Indian Quilling summer challenge.
http://indianquillingchallenge.blogspot.in/2016/06/winner-post-iqcg26.html?m=1 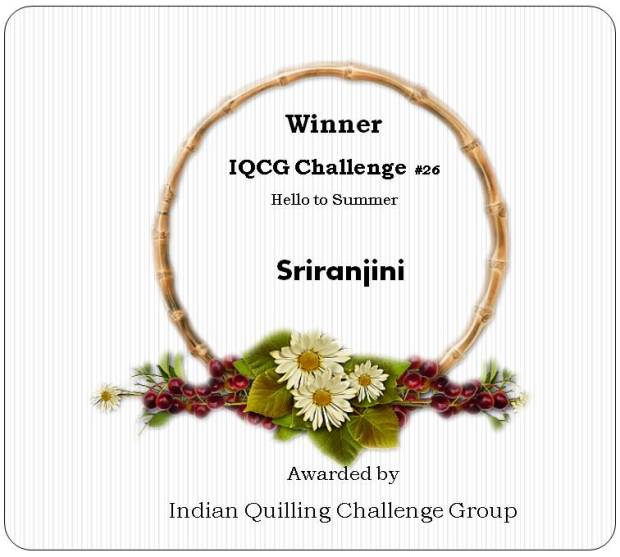 7 thoughts on “Tribute to Sun God for a glorious summer”

Do you want to build a snowflake?